Handles the reading of state objects and logic bytecode from the persistence layer and writing new state objects back to it. Storage Manager is also responsible for snapshotting the state of the account and using it to serve necessary data during the execution of a logic function.

Unlike traditional blockchain systems like Ethereum which manages the logic of an app and its account state in one unit, we have separated the logic and state associated with the app’s users. To understand how MOI manages the storage of account states, let us look at the following diagrams: 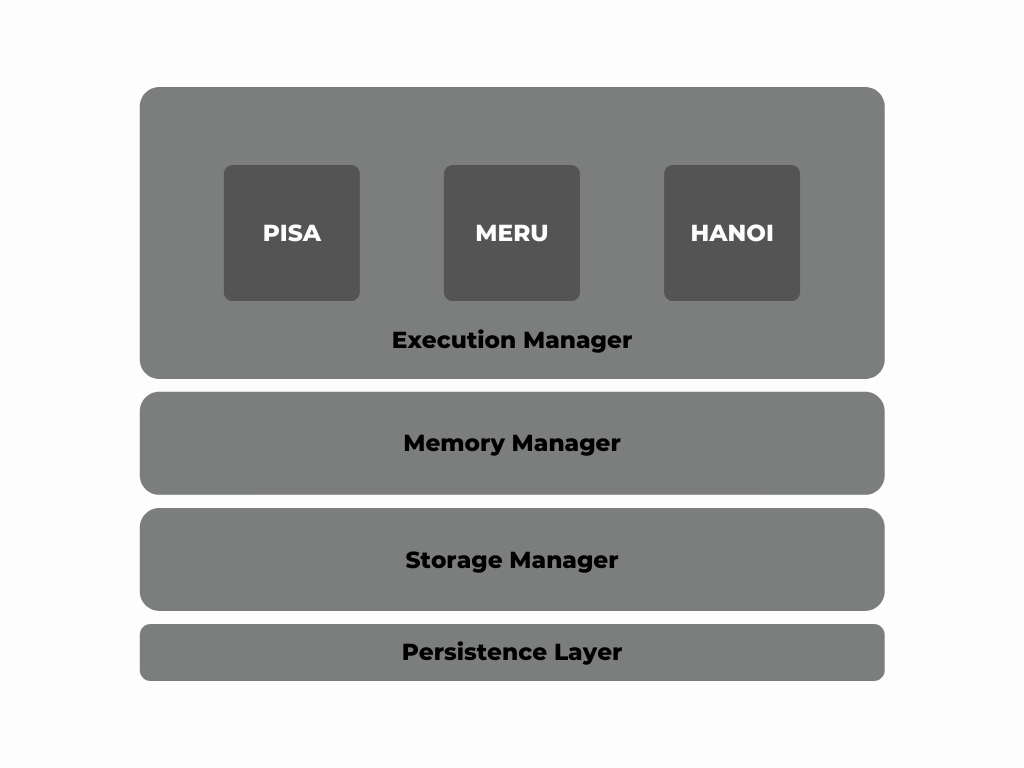 By separating the account-specific state variables from the app’s account states, we have achieved the following advantages:

Memory Manager handles memory allocation, deallocation, and the injection of state objects into the execution environment such as Stack memory in the case of Ethereum Virtual Machine (EVM) 20 and Linear Memory in the case of WebAssembly (Wasm) 21. It bridges the Execution Manager to the Storage Manager and keeps track of the length and addresses of all allocated spaces in the program memory.

Execution Manager instantiates the execution environment to run the logic based on the context.