In order to achieve agreement on the updated states among the nodes in the ICS cluster, we use a novel consensus mechanism called Proof of Context (PoXt).

PoXt is a modulated trust-based consensus mechanism, built to improve the performance and quality of open networks by bringing in the best of Practical Byzantine Fault Tolerance (PBFT) 15, Proof of Stake 16, Proof of Identity, and Proof of Binary. 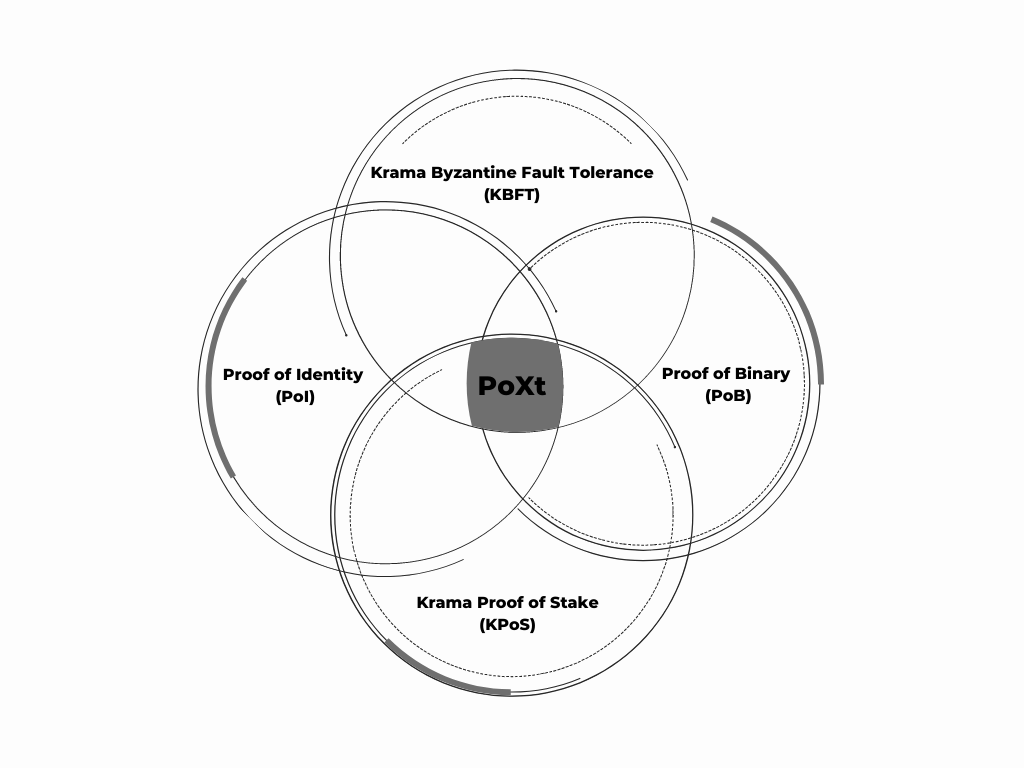 As part of PoXt, nodes that satisfy the minimum criteria of Infrastructure Quotient (IQ), Performance Quotient (PQ) will be allowed to participate in ICS as a validator. If the nodes co-operate and work together in validating tesseracts, they make revenue from the fee paid by the signer. However, if a node is found guilty of malpractice, the stakes deposited by the validators will be slashed as a penalization.

The leader election is based on the round-robin mechanism, the validator with the highest priority is elected as the leader for that round, wherein the priority is calculated based on the number of MOI tokens that they have staked.

Our algorithm decides in four communication steps i.e., PROPOSE, PREVOTE, PRECOMMIT, and COMMIT. Following conditions need to be met at every phase once the leader sends a new proposal:

Let us now analyze the individual solution components of the PoXt algorithm: